Here's the video for the irresistibly melodic, "Magical Mystery Morning" by one of Holland's finest musical exports, The Cats. I'm working on a full write up about these in the near future. This one has got Fading Yellow written all over it and can be heard on my most recent Bite It Deep Mix Volume 16.

Treat your ear holes to this...


Bite It Deep Mix Vol.16 by Bite It Deep on Mixcloud
The Flames - Streamliner
Colours - You're High
The Cats - Magical Mystery Morning
Picadilly Line - Rosemary's Bluebell Day
Aubrey Small - Trying To Find My Way
Cyan - Toby's Shop
The Tages - Just Like A Woman
Paul Williams - Born To Fly
Apple Core - Behind The Tear
The Association - A Funny Kind Of Songl
Matthew Fisher - Suzanne
Stackridge - Dangerous Bacon
Hollins Ferry - Too Bad About Sorrows
Rick Springfield - You Can Do It (if You Try)
Phil Cordell - If I Don't Get All The Luck
Posted by Unknown at 18:17 No comments:

I bought this record about a year ago, probably mistaking it for the Almond Marzipan single after hours of flicking through piles of 45's. "In The Morning" b/w "Silver" is a great pop double sider and turns up very often, making me suspect it was a minor hit. Cheap too! Someone has made the effort to make a video on Youtube adding the a-side over black and white footage of a band that doesn't look like the Bitter Almond that appear on the German single's picture sleeve.

I've spent the last few days trying to find some info on Bitter Almond and got absolutely nowhere. Usually Google gives a few clues, but this time absolutely zilch! There was another single by a band called Bitter Almond, "Loving Each Other" b/w "We Need Someone". I've heard the latter song on Lost Jukebox Vol.178 and while it's an ace song, I'm not sure it is the same band. The German label states that it is a USA production but it sounds pure British to my ears. The songwriting is credited to A. Blake and B. Kretzchmar, whether they were member of the band is anyone's guess. Both sides were arranged by Tony Cox, who appears to be a bit of a freelance arranger, working with Barry Ryan, Toast, Jonathan King, Mick Softley and Yes for various record labels. The producer is down as Alfalfa, whose name has turned up just once, as a producer for a Phil Pickett single from 1971.


And that's about it! No real info this time but if anyone knows anything about Bitter Almond, who they were, what they did before/after please get in touch and update this post.

Norman 'Hurricane' Smith was a bit of a late bloomer in the pop music business and was the ripe old age of 49 years old when his debut album "Don't Let It Die" came out in 1972 on EMI/Columbia records. He had, however, been behind the scenes for many years previously. Having lied about his age and being granted an apprenticeship by EMI, he worked his way up the ranks, from tea boy to engineer to producer, working on some big, BIG recordings in the process, including the first six Beatles albums,  the first four by Pink Floyd and the Pretty Things' "S.F. Sorrow". Smith also worked with Barclay James Harvest, The Swinging Blue Jeans, Gerry & the Pacemakers, Kevin Ayers, Billy J. Kramer & The Dakotas and Manfred Mann. 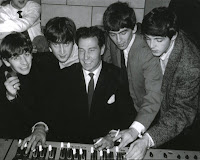 Being around such talent obviously rubbed off on Smith during the 1960's and it was then that he started to dabble with songwriting, possibly taking John Lennon seriously when he joked that the Beatles were short of songs during the Help! sessions, prompting him to write "Don't Let It Die". There's a clear Gilbert O'Sullivan influence in Smith's recordings, as well as the Beatles, mainly of the Paul McCartney Music Hall variety and if that's your bag, and you don't mind the heavily orchestrated arrangements, you'll love this album.

Hurricane wasn't hip and he never pretended to be so. Instead he stuck to what he was great at, writing and producing some real nice pop tunes that your gran would like, full of nostalgia and sentimentality. But in an odd way, it works and I find myself coming back to his first album for repeated listens. 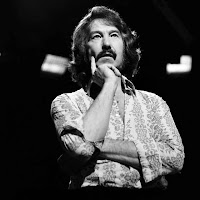 In the liner notes for the album, Smith comes over as a pretty decent, humble kind of bloke, appreciative of the people in the business who have helped him and not afraid to poke fun at himself. The back of the LP sleeve also proudly states that Smith won a couple of Ivor Novello Awards (Best Song and Lyric) for "Don't Let It Die" in 1971-72...and there are pictures of them on there too, in case you don't believe him!

Smith died in 2008 aged 85. The previous year he released his memoir "John Lennon Called Me Normal" and attended Beatlefest in where he was interviewed, sharing stories about his time as an engineer for the Beatles. There's a clip of him talking about "She Loves You" taken from the Beatles Stories DVD here.


I'll leave the last words to Hurricane Smith with his explanation of "Auntie Vi's", my favourite track on the album...
"I got the idea for this song by looking back to my days as a young boy who hated being dressed up in a black velvet suit, to be taken out to Sunday tea. I don't infact have an Auntie Vi, but I think that Mother was probably a little too fat and furry! I hope you will forgive me making this point of philosophy in this song, but I never did agree with the upbringing of a child on the basis of a child being seen and not heard, because I think this could lead to an inhibited adult later on"

We all went round to Auntie Vi's for tea
Mum and Dad, Jimmy Lad and Me
And Mother had the usual things to say
That we should please be good today

She's all dressed up like a Persian Cat
When he's looking very fluffy but he's much too fat and furry
And dear old Dad in his best cravat
Couldn't go anywhere without his old brown hat, that derby
Bought in 1892

And after family greetings had begun
Couldn't miss the big wet kiss to come
And after jelly, cream and strawberry flan
We all just sat and grown up chat I couldn't understand

I know there's much to be grateful for
But going out to tea is such a great big bore on Sunday, boring Sunday
But I mustn't complain not a single word
Good little boys are only seen not heard on Sunday
Mothers' day of rest

The smoky open fire and old perfume
Special treat, once a week from ???
I couldn't wait 'til mother finally said
"Time for us to catch the bus
and home in time for bed!"