Now, I know this album was released just outside the scope of this blog (usually late 60's to mid 70's), but, musically it fits right in and it's a little taster for my next Bite It Deep 1980's special mix coming in the next week or so.

Michael William Groucutt (aka Kelly) started his music career in 1960, aged 15 as a guitarist in a rock and roll group called Rikki Storm & The Falcons, playing parties, weddings and dances throughout the year. Now called Rikki Burns & The Vibras called it a day in 1961. Kelly Groucutt went on to play in numerous bands over the next decade including Greenwich Village, Marble Arch, Sight And Sound and Barefoot.

It was during his stint in Barefoot that he was noticed by fellow Midlander, Jeff Lynne who asked him to join the Electric Light Orchestra as a replacement for Mike de Albuquerque, who had just quit the band. Kelly would appear, as bass player and backing vocalist on the following ELO albums; Face The Music, New World Record, Out Of The Blue, Discovery, Xanadu and Time. 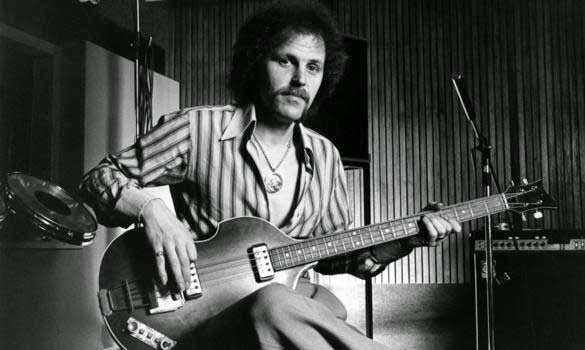 By 1980 Jeff Lynne was playing the bass parts on new ELO recordings himself, reducing Kelly's recorded input to merely backing vocals. By this time he'd learnt a trick or two about songwriting and with enough material for an album, Kelly went to Pasadena, California along with, Bev Bevan, Richard Tandy, Louis Clark and Mik Karminski to record and produce (executive producer, Peter Kuys) his solo album which sounds, not suprisingly like ELO!

The resulting album "Kelly" (released on RCA Records in 1982) isn't as well known as an ELO one, but it deserves to be. Every track here is a winner, loaded with lashings of melody, anthemic choruses and hooks a plenty. If Lynne would have allowed album opener "Am I A Dreamer" onto an ELO record it would have been a hit for sure, but without the familiar name on the sleeve, Groucutt's album fell by the wayside, known only to ELO die hards.

Groucutt remained a member of ELO until 1983 when he sued Jeff Lynne for £300,000 over unpaid royalties. When Lynne split the band in 1986 it was Kelly that kept the band going (under name variations like ELO Part II, The Orchestra etc) right up until his death in 2009 of a heart attack.

When Baroque Psych band The New York Rock Ensemble split in 1973, Clifton Nivison (Vocals, Guitar) and Martin Fulterman (Drums) continued to work together on various one off singles.
The best of these include "Monster Movies" (as Clif & Marty) on the Mosaic record label, which sounds very similar to the their work with the NYRE. Another good single is "Brooklyn" (as Wizz) on Capitol records, a whimsical musical hall tune that wouldn't sound out of place on an early Nilsson album. The best though, has to be the single they released on the Scepter label under the name of Jelly. "Sharpshooter" is an instant pop classic which sounds like it was written specifically for reviewing on this blog! A bouncy McCartney-like piano which bobs up and down on the verses along with a xylophone plonking away in the background which makes way for some cello and slide guitar in the chorus, plus you get a neat George Harrison-esque double tracked guitar solo and a cheeky lyrical nod to the Fabs ("Radio stuck in my ear, singing a song with The Beatles") thrown in for good measure.

Unfortunately the single I own is a DJ promo which has the stereo version on one side and the mono on the other, so I've hot heard the actual b-side, a Fulterman composition called "Hey Ho". If anyone has this, I'd love to hear it.

For this very special blog entry I'll be passing you over to my buddy and fellow bandmate, Joe Wiltshire who has unearthed a bonafide UK psychedelic lost classic album and would like to tell you the story of it's creation to it's eventual abandonment.

It's June 1966 and Manfred Mann drummer, Mike Hugg turns up at I.B.S studios during sessions for Manfred Mann's latest long player, "As Is". Another collection of singles, b-sides and fillers with inclusions provided for them from outside sources, a reoccurring concept that Mike Hugg was beginning to grow out of.

Fast becoming the bands chief songwriter, Hugg was feeling inspired and was in no mood to record "just another LP". Under his arm on this day was the latest Beach Boys effort, Pet Sounds and that record was the new direction that he wanted to angle the Manfred's in now.

The band bought into his vision but, on this occasion Hugg didn't get his way. The group had almost wrapped up the recording of "As Is" and collectively had to concede that this time around they had missed the boat.The band left with a plan. They would all go away, absorb Pet Sounds and write their very best songs for the next Mann album.Mike D'Abo came back with "No Better, No Worse" while Hugg himself feeling particularly creative penned the bulk of the stronger compositions, "Harry The One Man Band","It's So Easy Falling" and "Too Many People". Lead guitarist Tom McGuinness returned with the psychedelic oddity "There is a Man" and "Cubist Town" a song which Hugg felt fit the new concept and mood so well that he suggested they name the album after it and work to that title.

"Cubist Town" was shaping up nicely and the band began recording at I.B.S studios in early 1967. The band arranged the songs in track order and merged and mixed parts together which they felt would fit right. Utilising similar techniques to Brian Wilson on Pet Sounds. Combining sounds, using new instruments including the harpsichord and Mellotron as well as adding plenty of vocal harmonies to their sound, filling any space they could with their new ideas.

During the sessions, manager Gerry Bron received a call from budding film director Peter Collinson, who wanted to meet the band to discuss the possibility of writing material for the soundtrack to a new movie he was making called "Up The Junction". Mann and Hugg met with the director but although tempted and flattered by the proposition, couldn't tear themselves away from their latest project. It took some convincing from Gerry Bron but the band eventually agreed to go ahead with the soundtrack. Bron also managed to talk the band into submitting some of the songs intended for Cubist Town. So reluctantly, "Sing Songs of Love", "Just for Me" and "Floating in a Dream" soon to be renamed "Up the Junction" were all put forward. 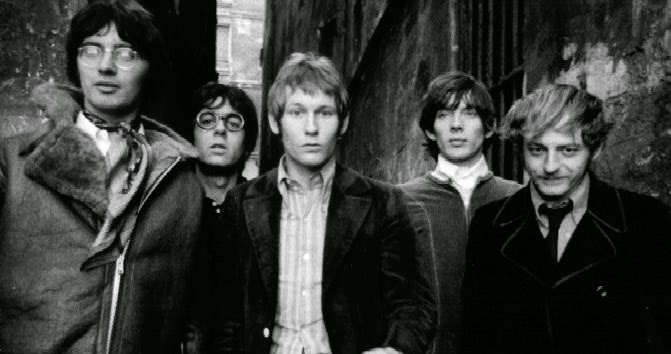 Momentum was being lost for the album that Hugg was so desperate to make. He then heard that The Zombies were following a similar path with their new project Odessey & Oracle. Hugg was gutted to hear this, but again was further inspired and determined to complete "Cubist Town". With pressure from their label and manager to release something new, the results were never going to be as intended and the band ended up releasing the LP "Mighty Garvey". The new release included some of the songs intended for Cubist, but also, again included novelty songs and fillers like "Big Betty", "Ha! Ha! Said the Clown", (a cut written by Tony Hazzard and released as a single the previous year) and D'Abo's "Happy Families".

So "Cubist Town" was never released and instead the band were left with a back catalogue of semi-strong, patchy long players. The original "Cubist Town" has now been realised and put together with the early mixes in the intended order, the way the band wanted you to hear it in 1968.

Another story of a lost album that 'would' fascinate me, if only it were true! A bit of a sad hobby of mine. Making albums that 'could' have been. Photoshop-ing new cover art for me iTunes and coming up with a short, make believe back story, just to make the lads in the Junipers laugh. When I told Pete I'd made Manfred Mann's very own, lost Odessey & Oracle, he asked if I'd include the album and a back story for his Bite it Deep blog. I tried to steer away from the obvious favourites and main singles because it wouldn't be as interesting to make or listen to. That's a separate job for a "Best Of". You never know, the story may not be too far from what actually happened. Either way, it's nice to imagine it did while listening to "Cubist Town".

Very good Joe. You had me going for a moment there!!

Now, listen to Cubist Town for the first time in it's entirety. Enjoy...